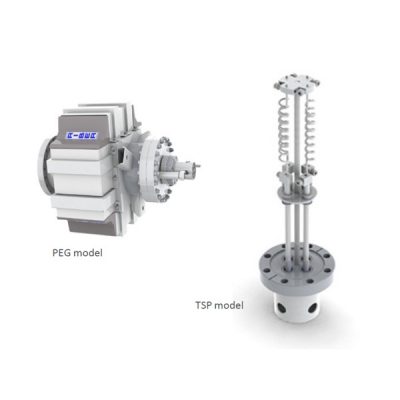 Titanium Sublimation Pumps (TSP) are used to pump getterable gases such as hydrogen and nitrogen.

TSPs are often combined with an ion pumping system, offering an extra-high pumping speed for getterable gases. The TSP can be added inside an PI ion pump, giving the PEG model, or as a separate unit TSP (usually used in Riber MBE pumping wells for instance).

Getter pumping is performed by depositing titanium, which has been sublimed from the surface of Ti filaments heated by an electrical current, onto cooled surfaces.

This effect is generated periodically (intermittent pumping) to reach very low pressures and enhance the base vacuum.

Pumping efficiency is adjusted by varying the filament heat intensity and the frequency of the operating cycles.

As this titanium sublimation effect is periodical, it is used in addition to a basic pumping, continuously operated, typically ion pumping by standard or rare gas elements. 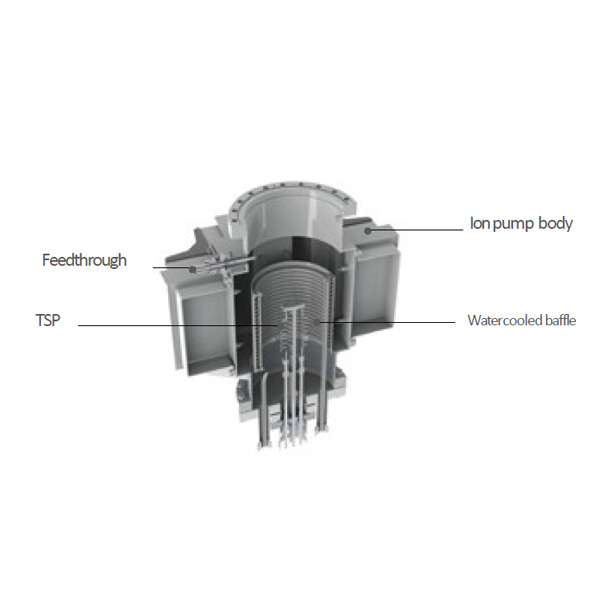